As a child growing up in Southern California, I was always fascinated with earthquakes.  In particular, I was interested in the February 9, 1971 earthquake which measured 6.6 on the Richter scale and had an epicenter in Sylmar.

It happened before I was born and my parents always talked about how scary it was living in a nearby North Hollywood apartment with a newborn baby!  Fortunately, none of them were injured and there was very little damage at their place.  The largest earthquake I experienced was the Whittier Narrows quake of October 1, 1987 which measured 5.9 on the Richter scale, killed three people and caused $200-300 million in damages.  That was pretty bad, but the Sylmar quake killed 65 people and caused over a half billion in damages.

One of the places most heavily damaged during that quake was the Olive View Hospital.  Now rebuilt and renamed the Olive View-UCLA Medical Center, the quake caused four stairwell wings to collapse, as well as the parking structure.  The five story main structure’s first floor columns nearly collapsed, which would have brought down the entire structure if it had.  Three people died at Olive View because of the earthquake damage. 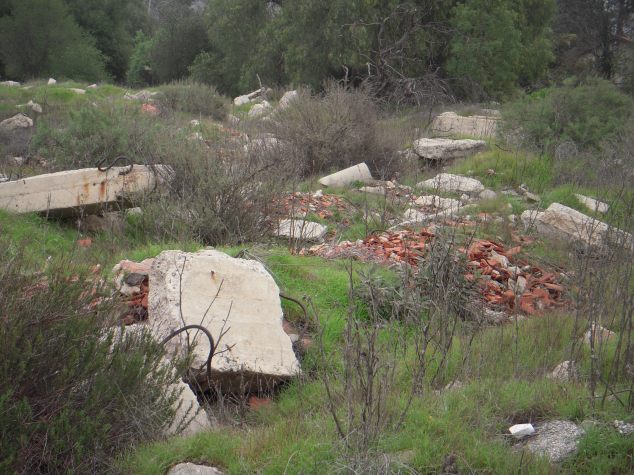 Because the building was damaged beyond repair, it was demolished in 1973.  Prior to its demolition, it served as the set for a couple of TV show episodes.  It played itself in an episode of Emergency!  But I remember it as the set for a futuristic jail in the TV series Mission Impossible in the 77th episode titled “Two Thousand.”  There the IMF team tries to convince a treasonous scientist that he is living 28 years in the future after a nuclear war has destroyed the country to try to find out where he concealed nuclear material that he was trying to sell to another country.  It was a fascinating episode that made great use of the Olive View Medical Center. 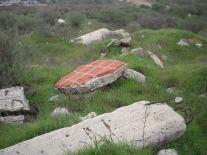 Amazingly, the ruins of the demolished building are still on the grounds of the Medical Center in Sylmar!  Walking through the cement blocks and rebar (Neek corrected me after watching the footage I shot, it was not copper wire!), the locale definitely had an apocalyptic atmosphere, particularly on the overcast day I went there.  It’s not an easy area to walk through either.  Though there are many walking trails and horseback riding trails around the abandoned chunks of the building, the area where the damaged pieces of the former medical center are is rocky terrain.

There were other interesting areas nearby.  Walking up a trail, I came across what was either an old abandoned parking lot or abandoned helicopter landing pad.  From that elevation was a great view of both the ruins of the old medical center and the current Olive View-UCLA Medical Center as it stands today. 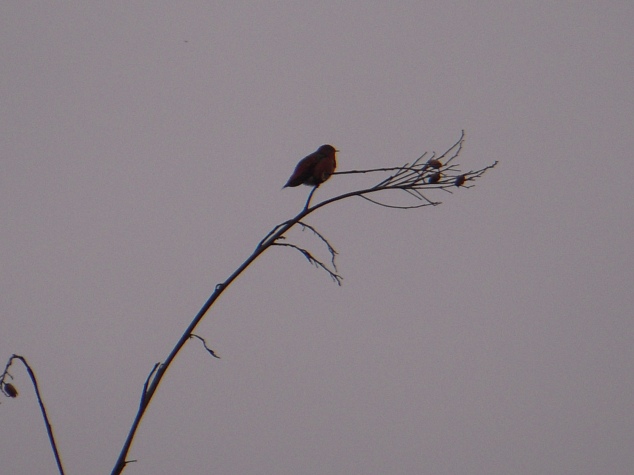 Around there I could also see the various hiking trails with lots of blackbirds flying in circles.  Sylmar might be part of suburban Los Angeles, but it is close enough to the hills that signs of rural life occasionally creep through.